It wasn't until my sister Rikki became pregnant with her first child that I understood the full meaning of pregnancy problems. She was 35, had Ulcerative Colitis, an autoimmune disease, and had difficulty becoming pregnant. She and her husband were looking forward to the birth of their son. On November 8, at 22 weeks, she developed HELLP Syndrome and the only option was to deliver the baby. Rikki's liver, heart and lung functions were deteriorating significantly. As I waited at the hospital with other family members, I asked the doctor, "Can't you wait until he is a few weeks older so that he has some sort of chance?" The doctor told me if they could, they would, but unfortunately, looking at Rikki's vital levels, they couldn't wait."

That evening, Rikki and Nick made the most difficult choice any parent can make. They were told the baby would likely be born alive but there was little chance that he would make it. If they did not deliver, neither baby nor mother would survive. Rikki spoke with one of the NICU doctors and was assured that as long as the baby was at least 450 grams in weight, he could be intubated if he was struggling to breath. They attempted to induce labor and during the night Rikki's health deteriorated.

My nephew Reid Nicholas Ziska was born into heaven at 1:46 a.m. He did not take a breath, which I truly believe is a blessing because he was just short of the weight for intubation. He was the size of a Barbie doll. After my sister and her husband had time alone with him, the family was invited to see him. He was beautiful and looked like his daddy. We all held him and said goodbye. His birth and passing have truly changed my family and its life.

I wanted to find a special Christmas gift for Rikki and Nick that symbolized Reid but nothing seemed special enough. I decided maybe I could make a donation to a foundation they really care about and found the Preeclampsia Foundation website. After reading about the foundation, I spoke with my husband and we decided to set up The Reid Nicholas Ziska Memorial Benefitting the Preeclampsia Foundation. We would throw a party in honor of Reid.

Keeping the party a secret, I put together an invitation and information about what we wanted to do. I went all around Omaha asking for donations and auction items. Many people were touched and generous. I ordered rubber bracelets with Reid's name and preeclampsia.org printed on them. We ended up having an absolutely amazing turnout at the March 13 event. Little did I know that 175 people would attend. We ended up having $7,250 to donate which is about $6,700 more than I expected. Social media (Facebook) was one avenue that particularly helped.

I wanted to celebrate the fact that Reid came into this world and touched so many lives, and I wanted people to always remember what a special angel he is. I had known nothing about HELLP Syndrome before and wanted to share with others about it. I had preeclampsia and my baby and I survived. My sister had HELLP Syndrome and was not as fortunate. You never think you will lose a baby or it will happen to someone you love, but it can happen to anyone! I would love to be able to raise enough money to research these terrible diseases so that no family has to go through what ours did and no parents have to go through losing a precious baby.

If I can set up something so amazing in just over two months, then others can, too. People are extremely generous when they understand the impact of what you are trying to do. When it is close to your heart, they feel motivated to help. I was able to put a story on the local news, talking about the event and what we were trying to accomplish. I ordered the Preeclampsia Foundation's brochures about Preeclampsia and HELLP Syndrome, and I hope the people who attended the event read them.

My sister and I have never been closer than we are now. And I will always love Reid Nicholas Ziska.

Saw something on our Instagram feed? Check it out here!

True Dedication to the Cause The Preeclampsia Foundation is hosting more than 35 Promise Walk for Preeclampsia events across the country this season. With only one full-time staff person to aid this...

Get Involved Getting Involved in the mission of the Preeclampsia Foundation can take several forms: volunteering locally or virtually, fundraising, donating in-kind or monetary support, sharing you...

Your Voice You - patients and their families - are at the heart of what we do here at the Preeclampsia Foundation. As a patient-centered community, we work to help bring lived exp... 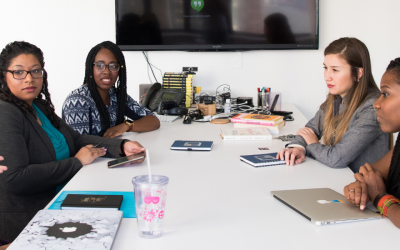 Get Involved in Quality Improvement
March 15, 2018

With rising maternal mortality and morbidity rates in the U.S., there has been an increased focus on improving quality in maternal health care. Recent studies have shown that 41 percent of maternal de... 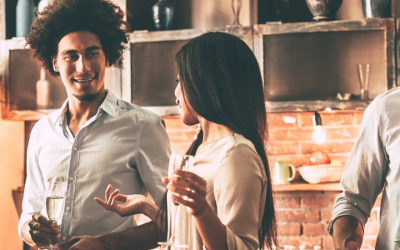 Are you a host or hostess with the mostest? Do you enjoy making a difference for a great cause? If you'd like to join the fun, we need your help! We're asking you to represent the Faces of Preeclamps... 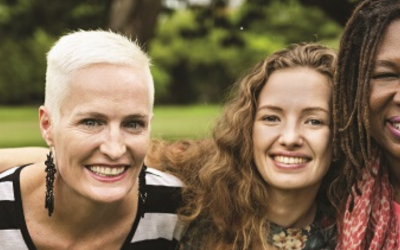 Many words come to mind when describing a volunteer: devoted, inspiring, passionate. But those words feel pale and generic when faced with the deep motivation and strength that makes up the members of...

Where Would I be without the Preeclampsia Foundation?
January 10, 2013

It is the time of year where I spend quite a bit of time reflecting. Since our son's angelversary was December 28th, it's natural to think not only of the past year, but also of the time our lives cha...

Terrell and Kimberly Smith began 2012 with joy and anticipation as they planned for the arrival of their baby girl. But on March 12, they received the worst news of their lives: Kimberly's blood press...