The Patient Advisory Council (“PAC”) serves as an advisory resource to the Board of Directors and staff of the Preeclampsia Foundation, for the purpose of maintaining and furthering the Foundation’s position as a patient-centered, patient-driven, patient advocacy organization. The patient voice and experience are integral to the mission of the Foundation; therefore, the PAC operates to directly engage patients, the Board, and staff, in meaningful, ongoing communication, and keep the patient at the forefront of all we do.

Alexandra De Leon developed HELLP syndrome in 2013 at 24 weeks of pregnancy. She began developing HELLP at a rapid pace, which required an emergency cesarean. Her beautiful baby, Gabriella, unfortunately did not make it. The Preeclampsia Foundation was a huge support for Alexandra because she was able to understand what had happened with her body and all of the signs that were missed. Today, Alexandra and her husband Joshua have two beautiful children, Josiah and Jazmin. Alexandra keeps Gabby’s memory alive by serving as the Promise Walk Chair in the Bay Area, CA. She is committed to bringing awareness to HELLP syndrome/preeclampsia and other hypertensive disorders of pregnancy. She hopes that one day all medical providers will be educated on HELLP syndrome/preeclampsia and can provide the adequate care for women, so no mother will ever experience a loss of a child. She recently joined the Patient Advisory Council in August 2018 and was voted to become Chair in 2020. 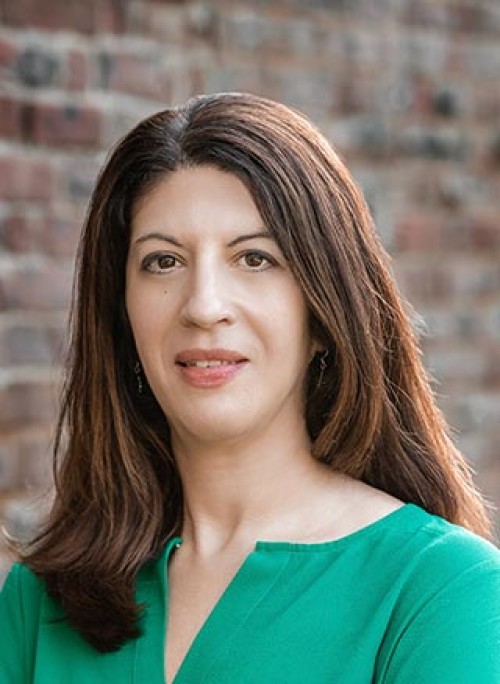 In 2015, when she was 33 weeks pregnant, Jennifer developed preeclampsia.  At first, Jennifer dismissed her uncomfortable pregnancy symptoms (i.e., nausea, headache, swelling, fatigue) as the normal pitfalls of the third trimester.  Yet, when these symptoms persisted, Jennifer contacted her doctor and was later admitted to the hospital for observation. A few short hours later, Jennifer underwent an emergency cesarean section welcoming a healthy baby boy seven weeks before her due date. Her baby was immediately taken to the NICU where he stayed for the next three weeks.  This was an extremely overwhelming time for Jennifer as a new mom. She wishes that she and her family had a better understanding of the emotional and physical toll preeclampsia can suddenly take on a family.

Jennifer considers herself lucky and feels that it is important to lend her voice to others who were not as lucky.  After three weeks in the NICU, her son was discharged and is now a thriving, funny, playful four year old. Jennifer’s experiences of developing preeclampsia and suffering through her own recovery has made a huge impact on her and her husband. Sharing her personal story and giving back to others is why Jennifer joined forces with the Preeclampsia Foundation.  Six months after her son’s birth, her family participated in the Promise Walk in Brooklyn, and since then, has become a patient speaker sharing her personal journey with physicians and family educators.

Jennifer has a master’s degree in Public Administration and works in medical education. She now lives in northern New Jersey/NY Metro area with her son and husband. 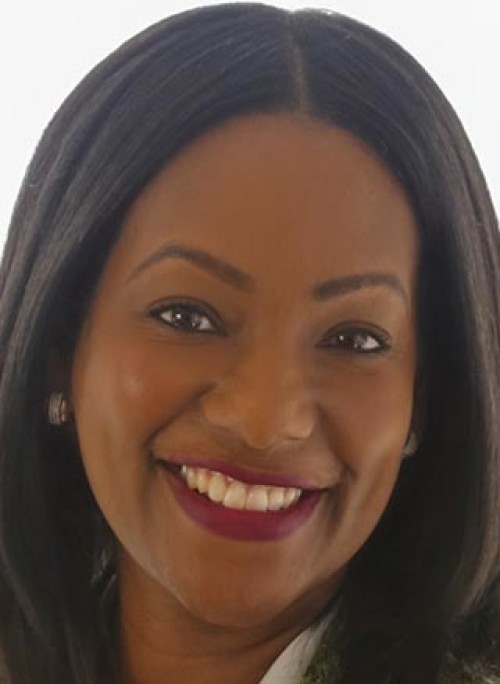 Kristian experienced mild preeclampsia in her first pregnancy in 2004 and developed severe preeclampsia, HELLP syndrome and thrombotic thrombocytopenic purpura (TTP) with her second pregnancy in 2010 at around 23 weeksgestation. Kristian’s inpatient hospital course spanned 30 days including several days in the ICU, multiple plasmapheresis treatments, countless medications and physical therapy. The most lasting memory of her hospital experience was the unfortunate loss of baby Jacob. Kristian and her husband, Baron, subsequently had two successful pregnancies. The family keeps Jacob’s memory alive by participating in community grief support initiatives and sharing their faith walk. Kristian holds a Bachelor in Nursing Science, a Master in Business Administration and a Master in Health Systems Management. She works in the field of Quality, Patient Safety and Risk Management and leads the Women’s Ministry at her church The Chosen Vessel in Fort Worth, TX. Kristian and her husband have three beautiful children, Jasmin, Isabela and Samuel. Kristian is excited about the opportunity to become directly involved with the Preeclampsia Foundation and support the efforts to help bring awareness and education to women and their families. Jasmine Mago struggled with infertility for years before becoming pregnant in 2010. She experienced a normal pregnancy through her first trimester and most of her second, before developing symptoms of preeclampsia around 26 weeks. As the only option for survival, Jasmine’s son was born via cesarean section weighing two pounds at 28 weeks and 2 days gestation. Today, Jasmine’s son is healthy, but the days, months, and years following his birth took a toll on Jasmine and her husband, as they dealt with the developmental delays and challenges typical of premature birth. Jasmine knows first-hand the limited awareness and understanding of preeclampsia by many pregnant women, the confusion and fear that accompany diagnosis, and the long-term impacts of the disease on women and their infants. Jasmine leverages her experience by serving as a mentor to women who have suffered from preeclampsia. She also serves as an advocate by raising awareness and education on preeclampsia by regularly participating in the Chicago Promise Walk, and has shared her experience in live interviews on 20 radio stations across the country. Today, Jasmine is a Senior Manager at Deloitte, an accounting firm and lives in the Chicago area with her husband and two sons. She is a new member of the Patient Advisory Council. 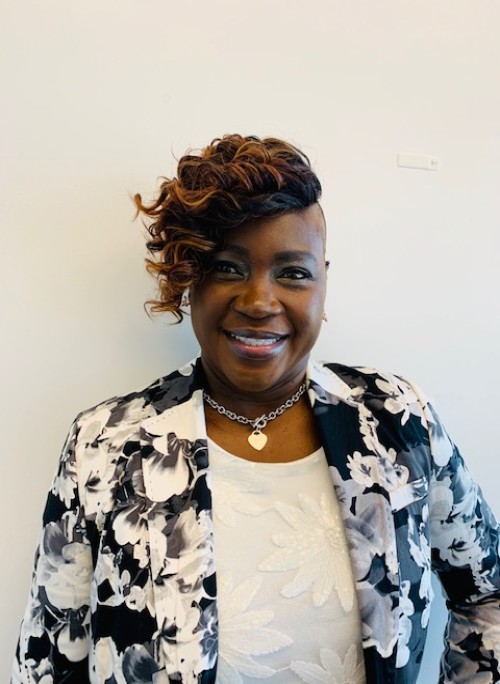 Mavis Stephens is an Army veteran, she served at Walter Reed during the Gulf War, and received an honorable discharge. After active duty she served in the Army reserves for a short time and started her federal government civil service career. She's worked for the federal government for 30 years in the areas of patient care coordination, medical administration, program & project management, policy/issues manager, and currently as a public health analyst. She's originally from Georgia but has live in the DC/MD metro area for over 20 years. Mavis is passionate about serving the Preeclampsia Foundation as she's suffered with severe preeclampsia with all 3 of her pregnancies; 2 resulting in infant loss. She's the proud mother of her young adult son who lives on his on in Atlanta. Her son suffered from a left arm brachial plexus injury sustained during delivery which resulted in 6 surgeries and very intense follow-ups.

Mavis is currently working on certifications in Grief & Loss Counseling and Organizational Management. She's a member of the International Association of Administrative Professionals and The American Association of Christian Counselors.  In her spare time she enjoys volunteering throughout the community, serving at church, reading, and adult coloring.

Jatesha “Jaye” Madden-Wilson is a Mom, Serial Entrepreneur, Social Impact Speaker and Activist, Maternal Health Advocate and Self-sufficiency Coach. Her connection to maternal health advocacy began with her journey from womanhood to motherhood. Her pregnancies were incredibly difficult and she is a four time survivor of Preeclampsia. Prior to the birth of her oldest daughter, she experienced two pregnancy losses: one through misinformation that led to an abortion and the second due to placental abruption from severe preeclampsic hypertensive crisis. She had no idea about the statistics of black women experiencing preeclampsia being a national issue; however by going through those experiences they served as a catalyst for the change she wanted to see and be in her community. Through her own personal transitions from marriage to divorce, she redefined single motherhood by creating a community of support that changed the narrative of motherhood, sisterhood and womanhood with her women-empowerment organization, Melinated Moms. She developed Melinated Moms to be the advocacy voice of women across the Melinated Spectrum. In the last three years, she has reached over 1,000 women worldwide and has created a reputation that is trusted for its authenticity in support and encouragement. She uses her experience in her professional career as a Community Health Nurse of 15+ years to amplify health and wellness of moms and women to lobby on the state and federal level. Jaye has created big strides in advocacy for women of color most notably with the First Lady and Governor of New Jersey as a public speaker for Nurture NJ with the Black Maternal Health crisis. She is proud to serve on the Preeclampsia Foundation as a Patient Advisory Council member as well as serve as a Community Pillar Leader. She is also an active member of their subsidiary workgroup with the Racial Disparities Task Force. In these positions she saw the importance of how community advocacy and engagement created better physical, emotional and mental health outcomes for its people. Jaye is the proud mother of 2 young girls, Nadiyah and Ava, who continue to move and motivate her to create a space where women's rights are acknowledged and not silenced.

Who we Are
Annual Report