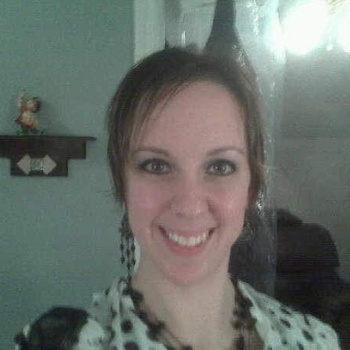 In 2008 I was pregnant with my third and last child. I was one of those women that loved everything about pregnancy. To me, it was the greatest joy.

It was July 3rd, and I did not feel well. I called my doctor stating I felt like I had the flu. They admitted me, only to release me the next day with no findings. As soon as I got home I called my doctor back, on the 4th of July! As I was sobbing I told him I knew something wasn't right. He had delivered the two previous children, so he knew I meant it. He told me being I have never complained, he would have them admit me again, and to not release me until they figured out what was wrong. By this time I had a fever of 103, and I was becoming delirious. I don't even remember most of it.

The hospital I was in did not have a NICU. Therefore, I was transferred to another hospital on July 8th. My entire body hurt so bad, and I was so hot. I felt like I was dying. Literally. Less than 24 hours later the new hospital figured out what was wrong, and had me in emergency c-section. My daughter was born 10 weeks early at 3lbs 5ozs. She came out perfect!! I on the other hand, was not so well. In fact, my family and friends were told to say their goodbyes. They were told I'd need a liver transplant, but one would not come in time due to how sick I was.

Fast forward to July 15th (4 days after my birthday), and the doctors come to my family stating I am not out of the woods. However my levels are improving on their own. That they had never seen anything like this before. Now I don't remember nearly a month of my life, but I survived. The day I got to finally leave the hospital I had a doctor tear up telling me I was an inspiration to her. To be honest, I am a single mom of 3 at this time. I am thinking how am I an inspiration to YOU? She said I was a medical miracle, medically speaking I should not have survived. She then told me she believed my love for my children is what saved me. When I was in and out of it I guess I would talk about them, and how much I loved them.

Nearly 13 years later now, and I do have a few medical issues that more than likely stemmed from HELLP. My advice is to listen to your gut. You know when something isn't right. You know when your baby is in danger. Don't ever second guess yourself if a doctor says they can't find anything wrong. I had to learn how to walk again, all my hair fell out, and my body will never be the same. But I am here and alive with my three amazing children whom I love more than life.

I started off with a normal and healthy pregnancy and my original due date was April 20th 2021. I had no previous medical conditions and neve...